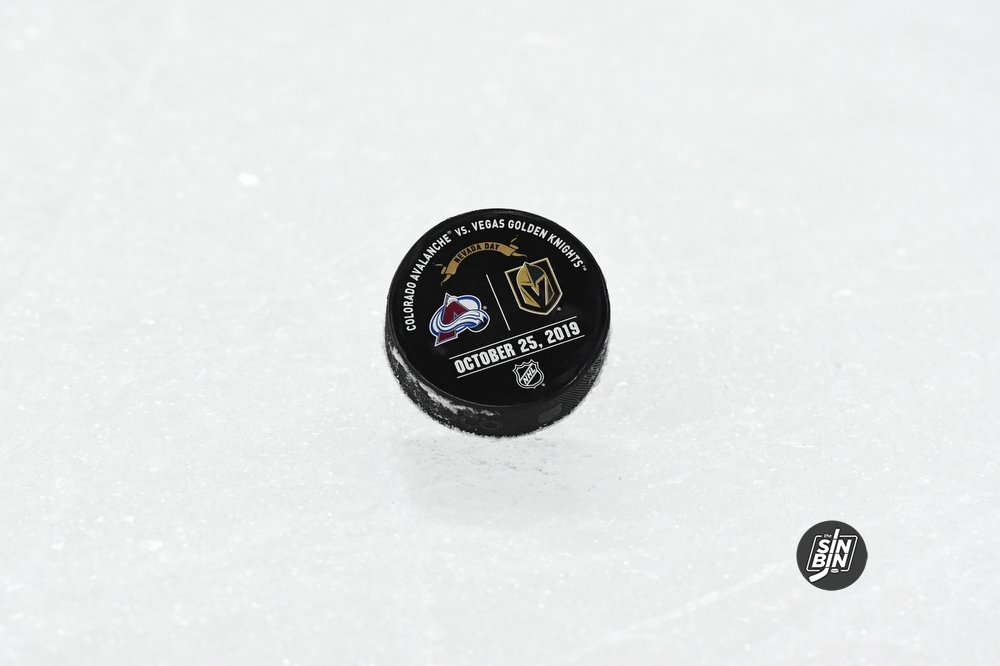 After a year that involved 56 games against the same seven teams and sparse crowds throughout, it’s great to be back to a normal 82 game schedule that includes all 31 teams making an appearance at sold-out T-Mobile Arena. Here are the five home games that jump off the schedule as the most anticipated matchups of the year.

It’s a shame the first time these two teams meet won’t be at the site of the Avs demise last season, but there’s no secret these two are likely to be the class of the Western Conference once again. The collision course in the playoffs will probably be played up all year and every game between the two will be highly engrossing.

If there’s one thing we missed more than anything else with last year’s horrendous schedule, it was measuring stick games. About a month into the season everyone knew exactly how everyone else matched up against each other in the division, so the remaining 40+ games were essentially useless. This year, there will be plenty of those measuring stick games and this is the king of them all. The two-time defending Cup champions come to T-Mobile after the Golden Knights return home from a tough four-game road trip. VGK vs TBL games have always been a blast, this one should be no different.

The return of two fan favorites, Gerard Gallant and Ryan Reaves, will make this game must watch. Will Reaves take a run at somebody? Will the Rangers play as hard for Gallant against Vegas as the Golden Knights did for him against Florida? What will the videos be like for each, and whose runs first? This will be a fun one both on the ice and off it before and after the game.

As if a home opener wasn’t fun enough, this one is even cooler as it’s the first game in Kraken history. This game is oddly similar to the Golden Knights’ first game when they played a Cup contending Stars team in Dallas. The Golden Knights got smacked around in that game but hung in there and stole the win. Hopefully this time the old expansion team puts a hurt on the new expansion team and begins to end the narrative about how amazing the rules were for these new teams.

Fleury. That’s really all that needs to be said.

Either it’s Eichel against his old team or Eichel against what many will still hoping to be his new team. Or… it’s a game against the Eichel-less Sabres in which case it’ll be one of the worst games on the schedule.