It’s pretty much universally accepted that the Golden Knights front office dominated the Expansion Draft. Not only did they build a team that was good enough to come within three wins of lifting the Stanley Cup, but they acquired a heap of assets to go with it. Since June 21, 2017 though, it’s been a bit bumpier of a road.

I saw a tweet yesterday that got the wheels turning in my mind to go back over some of the worst moves in VGK history. As I did it, I realized just how many good moves have been made since then too. So, this has turned into a two-parter! Today we start with the five do-overs and Saturday we’ll unveil the 5 do-agains. 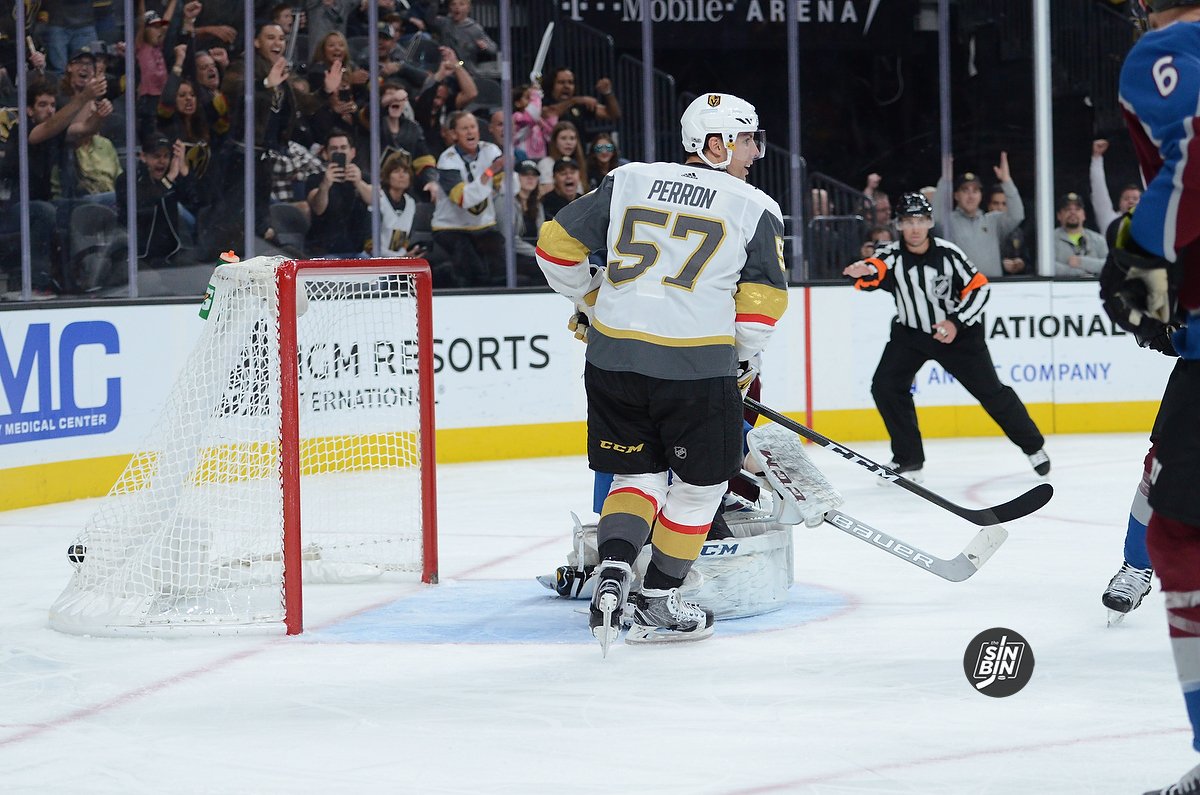 Following the inaugural season and the subsequent run to the Stanley Cup Final it was clear David Perron had fallen out of favor in some way with the Golden Knights organization. He missed the last week of the season, the first two playoff games against the Kings, then found himself as a healthy scratch for two of the five Winnipeg games and one Stanley Cup Final game.

This seemed to overshadow the fact that Perron was one of the most reliable players on the VGK roster the entire season and offered a unique skillset the team has never replaced. His ability to control the puck in the offensive zone, either at even-strength or on the power play opened up space for his teammates and gave the Golden Knights a different look than their usual transition-oriented attacking style.

It was sold as a rebuilding of the 2nd line due to poor defensive statistics, but it seemed to be more about Perron’s age and health than anything else. He went on to sign a four-year deal with a $4 million AAV in St. Louis that has proven to be a steal of a contract. He has 164 points in 184 games with the Blues, more than Max Pacioretty and Jonathan Marchessault in the same span.

It’s tough to rationalize because of the success the Golden Knights have achieved in the regular reason after his dismissal, but it goes beyond just the on-ice success here, and it’s not all Gallant vs. DeBoer.

It’s more about the changes that have been made which have fundamentally transformed the makeup of the team. Where VGK were a loveable bunch of underdogs under Gallant, they’ve become a much more corporate version of an NHL team, expected to win the Cup each and every year, which to this point they haven’t done. Firing Gallant was the beginning of the end of the Golden Misfits, the only group of Golden Knights to reach the Cup Final.

Pete DeBoer has done a masterful job about 95% of the time he’s been with the Golden Knights and the series win over Colorado was massive, but those two eerily similar postseason failures loom large. Firing Gallant was meant to get the Golden Knights over the hump, instead they’ve just found themselves staring at a new hump and with a much different team trying to get over it.

This one is mostly to do with Suzuki more than anything else. The decision to right the wrong that was Tomas Tatar in Vegas (see #1 on this list) was a good one and bringing in Pacioretty has been a success, but it was the choice of prospect to send away to make it happen that makes this move sting so much.

In the 2017 Entry Draft, the Golden Knights selected three players in the Top 15. Cody Glass, Nick Suzuki, and Erik Brannstrom were expected to be the foundation for the future of the Golden Knights, but when the first-year team showed so much promise, the prospects quickly turned into currency.

At the time, Glass and Suzuki were similar prospects. Even if the Canadiens really wanted Suzuki over Glass, the position they were in with Pacioretty likely would have allowed Vegas enough power to choose which prospect was included in the deal. In the end, they clearly chose wrong, and to make matters worse, Suzuki made them pay for it in a Conference Final just two years later.

It’s all about the ripple effect with this move. In fact, there’s absolutely nothing wrong with either the player or the contract he was given here, it’s all the situation it forced the Golden Knights to navigate. It was clear the moment the Golden Knights made this move that trouble was on the horizon (don’t believe me, read this, written three hours after the trade deadline).

The Golden Knights always knew they needed to find the next goalie after Fleury, but they jumped the gun. Add in an organization that has had some difficulties with communication and you’ve got a recipe for disaster for everyone involved.

It really has everything to do with Fleury and nothing to do with Lehner. When you have a starting goalie still capable of producing at a Vezina winning level, bringing in competition (or really a replacement) is nuts.

There was so much time and opportunity for the Golden Knights to find Fleury’s successor and it probably still could have been Lehner if they really wanted him. The way the Golden Knights went about it put so many people in a terrible position and it took trading the reigning Vezina winner for nothing to fix it.

Where do I even start with this one?

I guess from the top in saying the deal was unnecessary in the first place. At the time the Golden Knights were the best team in the NHL and were rolling through a season unlike any we’d ever seen in American sports. They had heaps of cap space and a damn good team so they decided to fix an issue that wasn’t even really there.

While it makes sense on paper to add a 30-goal scorer to a team already scoring goals at a rapid pace, hockey is such a fickle game, and tweaking a winning team is always tricky. Then when you add in the absurd overpay the Golden Knights made to get Tatar, it instantly looked like a mistake.

We now know that he would go on to not only not fit into the place in the lineup expected for him, but he’d have a hard time finding his way into the lineup at all. Healthy scratches at different points in the postseason and eventually a trade that landed as #3 on this list put this deal as the runaway champion of VGK GM do-overs.

We put this out on Twitter to get some response from the fans. Here are some of the responses.

Still do the asset for picks dump in the first season, as what was originally planned.

Has to be the Lehner contract signing. He was a good addition for the weird postseason but I don’t think signing him was the right choice. Created cap space issues, org issues internally, and then having to let go of fleury for nothing is the worst part.

I want to go with the Suzuki trade (should have sent Glass instead), but I think the Fleury contract extension is ultimately my choice. The whole goalie controversy never happens without that extension, imo

I think the worst "addition" has to be Tatar? But the worst "loss" was probably Perron? I'm not sure which I would reverse, but it's probably one of those.