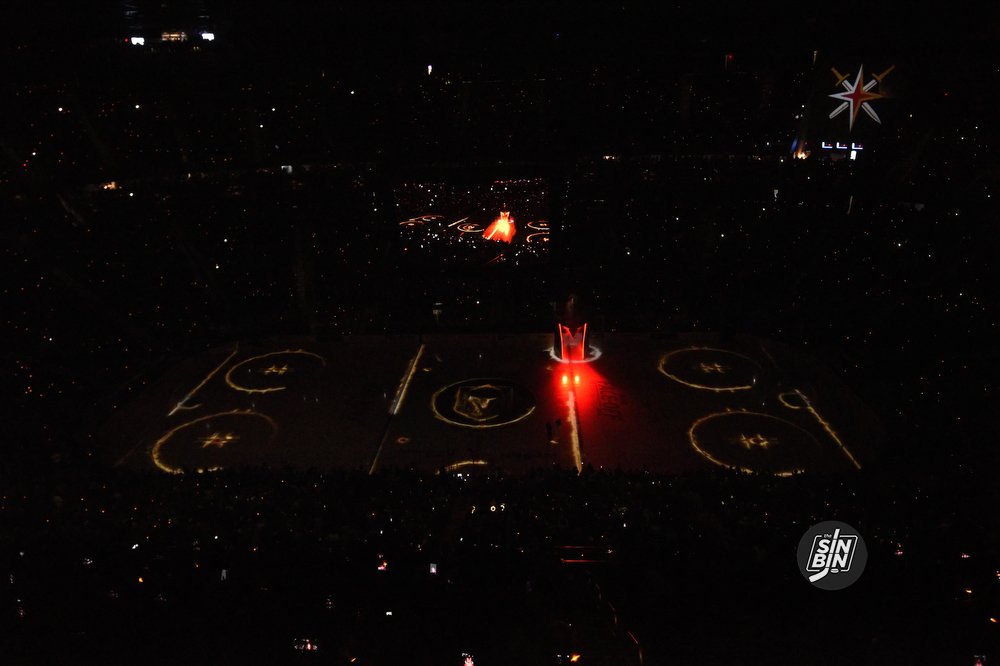 This is the mildest of all of the mild predictions as the Golden Knights have yet to sit out a Trade Deadline and their President of Hockey Operations only stood pat twice in 17 seasons in Washington. The Golden Knights will almost certainly be in a position to make another postseason run and they’ll be looking to add even more scoring to a roster that has gone cold in back-to-back playoffs. I wouldn’t expect it to be any sort of blockbuster, but something will happen, it always does.

Personally, I don’t get the jealousy many VGK fans (and employees) have over the NHL’s newest team. While this prediction will come true, even if it doesn’t, nothing the Kraken can or will do will change the way you think about 2017-18.

Ok, now on to the bold predictions. If I hit even one of these five I’m taking myself out for Steak El Chico at Chef Marc’s Trattoria.

It took some time for Pietrangelo to truly settle in with the Golden Knights, but since his Game 1 turnover against the Wild, he’s been the best player on the Vegas roster (and it hasn’t even been close). As the postseason went on we saw more and more of the impact he can have offensively and training camp and preseason seem to have taken that to another level. His activity in the offensive zone has been game-changing for the VGK attack and it will turn into loads of points that will catch voters’ attention.

Evgenii Dadonov will fail to reach 15 goals on the season

The Golden Knights are paying a hefty price to hand the keys to the 3rd line to Dadonov and I’m afraid it’s going to backfire. The VGK 3rd line has always been a collection of spare parts and I expect that to continue this season. When the top-six needs a replacement, they pull from the 3rd line. When a player on the 3rd line isn’t performing, he goes to the 4th line or is scratched. There just never seems to be any continuity for those who play on the 3rd line and it will affect Dadonov’s consistency. I’m not even sure if it’ll be his fault, but it’s not going to look good for him or the front office if this does indeed come true.

There’s been a lot of discussion about the goaltender position in Vegas for the past few years and it’ll stop this year. Lehner has been handed the job as the starter for the first time in a long time in his career and he’s going to run with it. No, he’ll never make people forget about Marc-Andre Fleury, but he’s going to dominate in the Golden Knights net because he’s a great goalie and the VGK system is set up to make great goalies succeed. I stopped short of saying he’ll win the Vezina, but it wouldn’t surprise me in the least (in fact, I’d highly recommend placing a bet on it at your nearest William Hill Sportsbook, the odds are way too high).

Heading into the 2020-21 season the longest win streak in team history was eight, but then thanks to a Pacific-only schedule Vegas rattled off 10 straight last year. That streak seems a little hollow to me because of the competition and the back-to-back games against the same opponent, but they’ll cement the 10 game number this season by doing it again, this time beating more than five different opponents along the way. Let’s just go for it… It’ll happen from March 3rd to March 19th.

The power play is going to be a topic of conversation to start the regular season and it’ll inevitably return when the Golden Knights make their fifth playoff run. It’s obvious that it can’t be worse than last year, but with the additions of Patrick, Dadonov, and eventually Krebs, plus Pietrangelo settling in, I have no doubt it’ll get better. Where my concern lies though is what it will look like when a team is given multiple games to key in on it. It doesn’t appear like the Golden Knights are planning on throwing in any wrinkles to how it operates. It’ll be the same entry patterns, same set-up, and same focal points on where the puck needs to go to score goals. During the regular season, the talent will win out and they’ll hit at a much higher rate than Golden Knights fans are used to, but once the playoffs roll around, it’s going to be a headache again.

Ok, now it’s time for you to share yours. Give me your best mild and best bold predictions in the comments below.