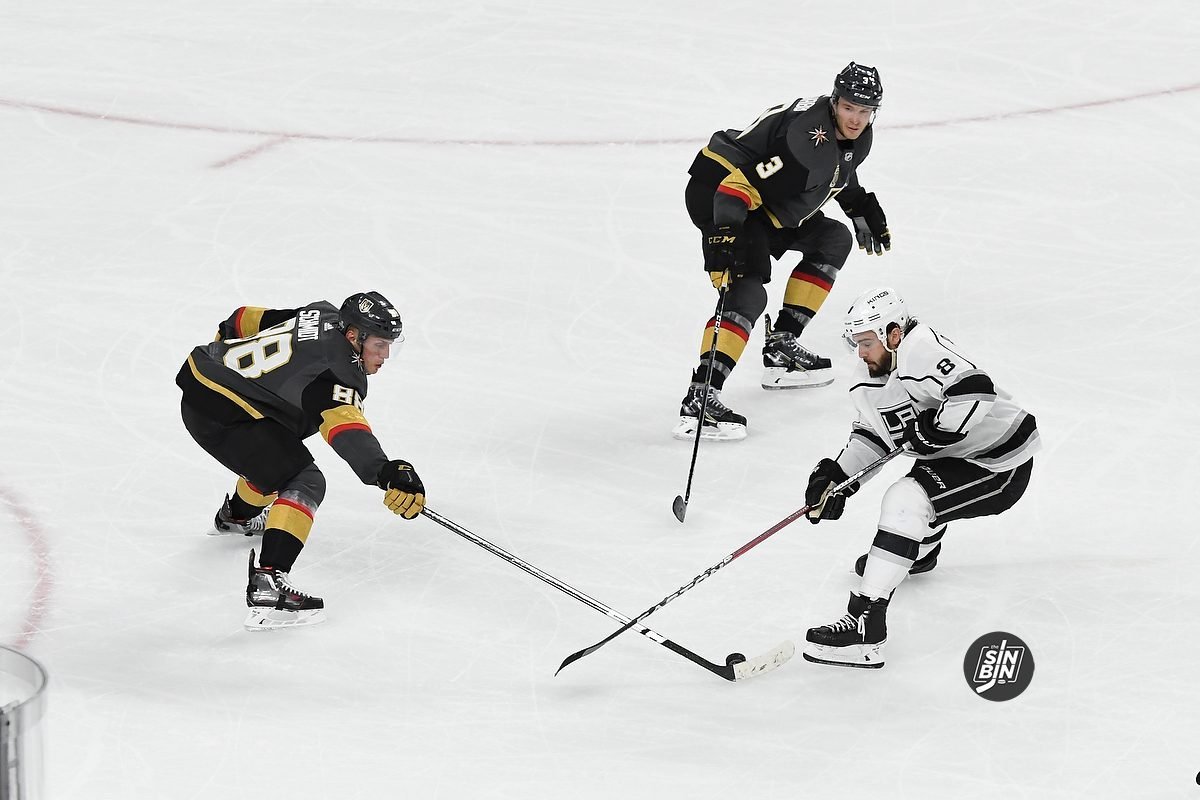 None of these odds consider the return of #88. (Photo Credit: SinBin.vegas Photographer Brandon Andreasen)

Last season we brought awareness to one NHL benchmark backed by historical data that can predict which teams make the postseason. The (American) Thanksgiving Day playoff marker is a good measure for a team’s future success. The turkey day study suggests teams that are sitting in a playoff spot by Thanksgiving have a very high chance of competing for the Cup.

A more nail-biting trend is the November 1st, benchmark that Sportsnet’s Elliotte Friedman often brings up. NHL teams four or more points out of a playoff spot by 11/01, have roughly an 18% chance of making the postseason. Since 2005-06, 47 of 58 teams that were 4+ points out of the postseason spot by November 1st, missed the playoffs. That’s a whopping 82% of teams that their fate was determined by the beginning of November. Unfortunately, that’s where the Golden Knights were, and still are as of this moment.

Just keep working at it. It’s the same old cliché every coach says, but that’s what it is. Keep putting pucks there, we are out chancing and more shots than most teams, but we just got to get hungrier. -Gerard Gallant

On November 1st, the Golden Knights had a record of 5-7-1 (11 points), good for seventh in the Pacific Division, and four points out of a playoff spot. Along with Vegas, Detroit, Florida, Los Angeles, and St. Louis also were 4+ points down. 82% means four of those five teams are already eliminated, while one still has a shot.

Last season, Minnesota was the one that made the playoffs after being caught in the post-Halloween vortex.

It’s clearly not a perfect science when a team like St. Louis has a 7 point divisional lead and fails to make the postseason. And as mentioned above, Minnesota was exactly four points out by November 1st, and ended up seven points ahead of an eliminated Blues team.

It never gets easier, we have to keep pushing and battling. We have to play a similar style to what we played tonight. -Alex Tuch

Currently, HockeyReference.com gives the Golden Knights a 26.4% chance of making the postseason in their playoff probability report. MoneyPuck.com has it quite a bit better at 62.6%, while The Athletic’s Dom Luszczyszyn’s model falls in between at 42%.

Four points is only two victories the Golden Knights will have to make up in the last 74 games. For the Stanley Cup runner’s-up, it shouldn’t be a problem.

Sure, 82% is an alarming number, but remember these are trends to be aware of and not to panic over. Some could look at the November 1st trend, and scream ‘the sky is falling’ but keep in mind this is a team that likes challenges. The Golden Knights we know faced multiple uphill battles and conquered each one.  

Patience The Cure For Knights’ Ills