Corsica Hockey is one of the best advanced stats websites on the web. They’ve produced a metric that combines stats like Game Score, WAR, and others to make for what they call the “best single number representation of a player’s quality.” 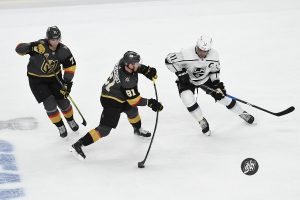 The top-rated defenseman for Vegas is Colin Miller coming in at #136 followed by Nate Schmidt and Shea Theodore tied at #153.

Malcolm Subban (#726) is the second to last player in the entire rankings ahead of just Blackhawks goalie Anton Forsberg.

For those still waiting on the blockbuster Erik Karlsson trade, the Swedish defenseman came in at #25, the third-rated defenseman behind Brent Burns and Kris Letang. Oh, and the disaster that is Bobby Ryan ranked #295, which would be good for 12th place on the Golden Knights.