The Golden Knights 3rd line this season has been an absolute disaster.

And that’s putting it politely.

That’s 17 games, and those 3rd lines amassed a total of one goal. A single goal scored by Cody Glass against the Calgary Flames, which if this were soccer, would have been an own goal credited to Mark Giordano.

Individually, it doesn’t look much better. 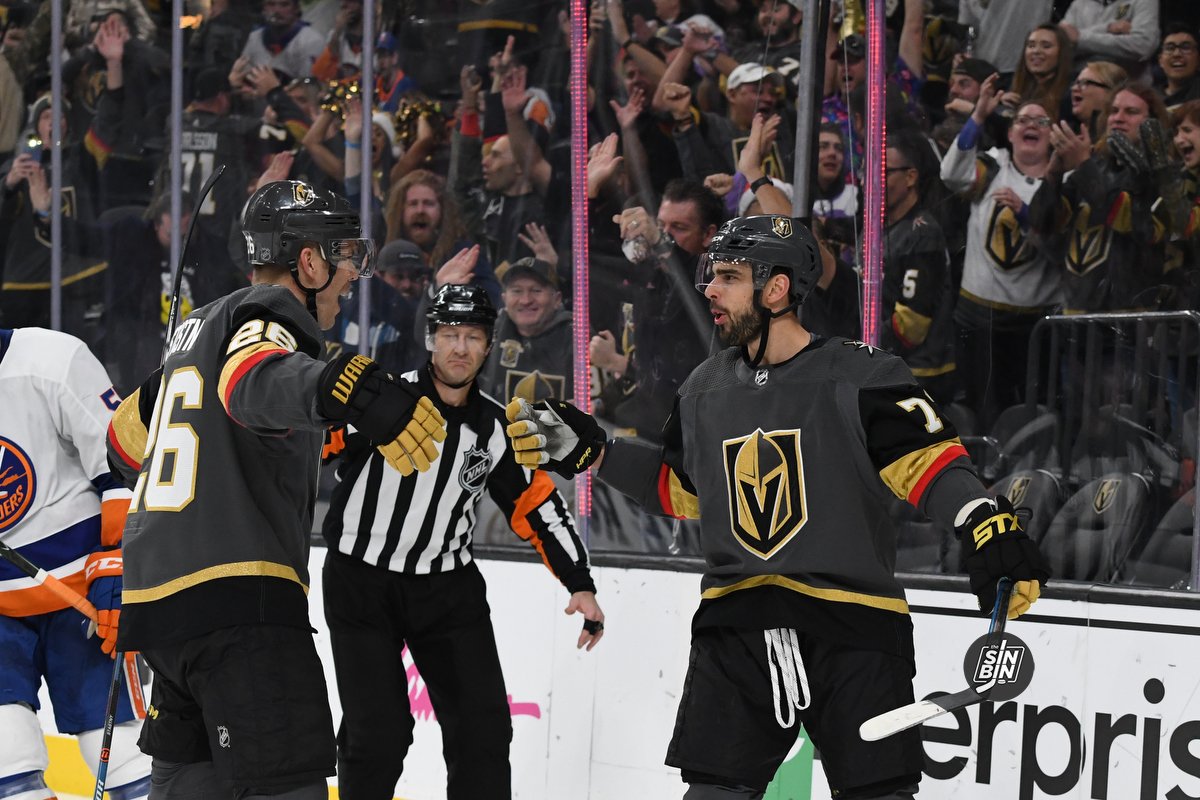 *Glass played four games on the 2nd line. He scored one goal and had two assists in those games
**All three of Nosek’s goals were scored shorthanded or with the 4th line

But they aren’t supposed to be an offensive line. Right? That’s the bill of goods that’s been sold since the Golden Knights installed Eakin as the 3rd line center midway through the 2017-18 season.

Well, they aren’t good defensively either.

Eakin ranks as one of the 15 worst forwards with at least 100 minutes played this season with a 41.3% Corsi. He’s the 21st worst skater in the NHL at shot percentage at 40.8%, and he ranks in at least the 200th worst of 292 NHL forwards in goals against per 60, expected goals against per 60, and scoring chances against per 60. He’s been less than stellar in the faceoff circle winning at just a 46.4% clip, the worst of any Golden Knight with at least 100 draws. He has a -7 +/- rating, the worst of any Golden Knight. He’s one of four VGK skaters with a 0.0 defensive point shares number (the other three are Tuch, Roy and Bischoff who have played a combined 10 games). And, he’s registered just three takeaways, the least of any player with at least eight games played.

Pirri is right there with Eakin in all of the advanced stat numbers with a Corsi of 42.2%, shot percentage of 36.4%, and an expected goals for percentage of 41.8%. He’s been on the ice for just two goals while allowing five, and that’s including his 28:16 of power play time. He’s a -3, and has a -0.2 point share number which means if you simply subtracted Pirri and Eakin from the roster completely stats say they’d be almost half a point better in the standings.

Zykov has been equally as miserable across the board, but with him suspended and likely not coming back, I won’t even waste your time.

Glass and Nosek have slightly better numbers than the rest, but that’s mainly because they’ve played on other lines. To simplify it, when playing with Eakin and/or Pirri, both Glass and Nosek’s numbers dip drastically across the board and as a whole those two rank among the Golden Knights bottom five forwards in all “relative” possession numbers.

Oh, and if you add them all up, these five players have taken a total of 14 minor penalties while drawing only nine (Glass has drawn four of the nine).

To continue the illustration, let me borrow some tweets from other members of the media.

WOWY stats often miss some important context, but this was surprising to see:

All 13 of them had better Corsi and xGF% away from Eakin than they did with Eakin.

There are 292 forwards in the NHL with at least 150 mins of ice time. Cody Eakin ranks:

So, to summarize, a line centered by Cody Eakin with Cody Glass on one side and Brandon Pirri, Tomas Nosek, or Valentin Zykov on the other will not only be subpar defensively, but they also won’t chip in any offense at all what-so-ever.

Yet here we are, nearly a quarter of the way through the season, and the third line has remained essentially the same throughout. Since Eakin’s return in game five of the year, he’s been the 3rd line center every game. Glass has been on his wing in all but one of those 14 games, and since Zykov’s suspension, Nosek and Pirri have essentially rotated back and forth and neither has produced a single point while doing so.

Enough is enough. It’s time for a change. Any change.

It was bad enough that Glass is playing out of his natural position to start, but now that there aren’t any positive results to point to in order to justify it, it just looks foolish.

Step one should be obvious. No more Eakin as 3rd line center. If Gallant trusts Glass enough to do it, it should be him, if he doesn’t, Nosek or Roy would be hardpressed to be worse than what they’ve gotten thus far. Then, fill in the wingers in a way that compliments whichever center is chosen. If it’s Glass, go with offensive options like Pirri, Nosek, or even Carrier. If it’s Roy or Nosek, maybe lean more towards a chip and chase style.

Next, try to establish an identity as a line. The 3rd lines thus far have lacked one. They seem to be disjointed in how they prefer to enter the zone. They are not particularly proficient in either the offensive or defensive zone, and they can’t seem to decide whether they want to forecheck or control the neutral zone.

Finally, at the very least, start winning shifts more regularly. Winning a shift doesn’t necessarily mean scoring a goal or even creating a chance, it means getting off the ice when you want to, rather than when you have to. The VGK 4th line does this all the time. They spend copious amounts of time in the offensive zone, albeit along the boards, but when the puck comes out, the opposing team is forced to dump it in and change, setting the game up nicely for the next trio coming on. This helps maintain an aggressive forecheck, it puts pressure on opposing defensemen, and it often leads to scoring chances. The 3rd line hasn’t done it enough.

There are 100 different ways they can go with three (four if you include Stastny) center options and seven wing options just for the 3rd line alone.

My preference is Carrier-Glass-Pirri on the 3rd line and Nosek-Eakin-Roy on the 4th, but at this point, any significant change should be welcomed.

19 games in, the Golden Knights have been consistently inconsistent as a team. But if there’s one thing that has been a constant, it’s the 3rd line’s lack of production. The 20th game won’t be any different, and it’s come to the point where it would be insane to believe otherwise.