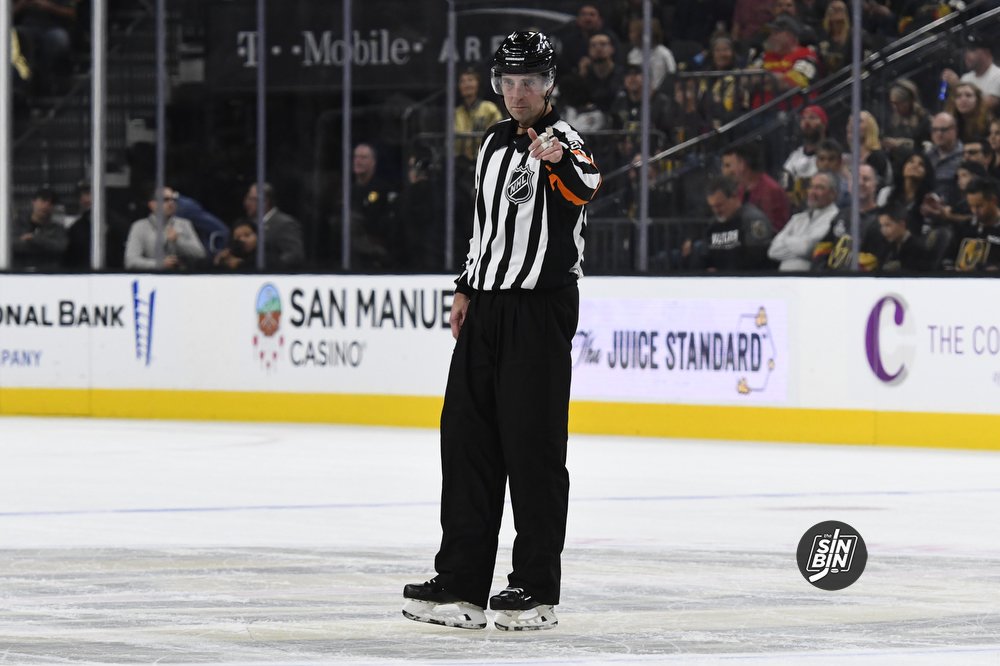 Vegas currently sits in dead last in the NHL with just 60 penalties drawn in 21 games. That comes out to an average of 2.84 penalties drawn per game. Every other team draws at least three per game.

We’ve got to draw some more penalties, that’s been an issue here for a long time. For the amount of time we have the puck when we are playing well we should draw more and that’s on us to attack those holes a little harder. -Pete DeBoer

Since 2017-18 when the Golden Knights came into the league, only five teams have drawn fewer penalties. VGK have sat in the bottom 10 in the league three of their four completed seasons, and have never drawn more than 3.6 in a season.

As a group I just think using our speed and our size to put teams in uncomfortable situations more. That’s a mindset we’ve got to get better at. -DeBoer

The good news for the Golden Knights is that they aren’t a highly penalized team themselves. Despite being near the bottom of the league in drawing penalties, only once have they finished the season taking more penalties than drawing them, and it wasn’t that far off at -18.

This season though is heading for their worst yet. VGK have taken 73 penalties while just drawing 60. That puts them on pace to finish the season around -50 in net penalties. The last time the NHL played a full 82-game season, in 2018-19, the Anaheim Ducks were the only team that eclipsed 50 in that category. In fact, since 2012-13, only three teams have finished above 50, the Ducks twice and Columbus in 2014-15.

DeBoer believes it’s fixable though, and in a couple times discussing the topic he did not mention refereeing a single time. He puts the blame on his players, not the guys with the whistles.

We have multiple opportunities a game where we have defensemen flatfooted or there’s a hole that we can attack and this group is getting a little better at it but we have to attack those situations more and put teams in bad spots with our speed. We tend to look at the hole and then look for a play instead of racing through it. -DeBoer

Of course, health has been an issue for the Golden Knights this season, which is a major contributor to any negative stats against Vegas. Playing without Mark Stone, Max Pacioretty, William Karlsson, Jonathan Marchessault, and Shea Theodore for extended periods of time will obviously have an effect on penalty generation. As the team starts to get people back, DeBoer is hopeful things will pick back up.

We haven’t had the puck much this year because of our health. As we have the puck more and those guys who score and attack those areas come back into the lineup, I’m sure we’re going to draw more. Even then, I think we need to find another level than we have here in that area. -DeBoer