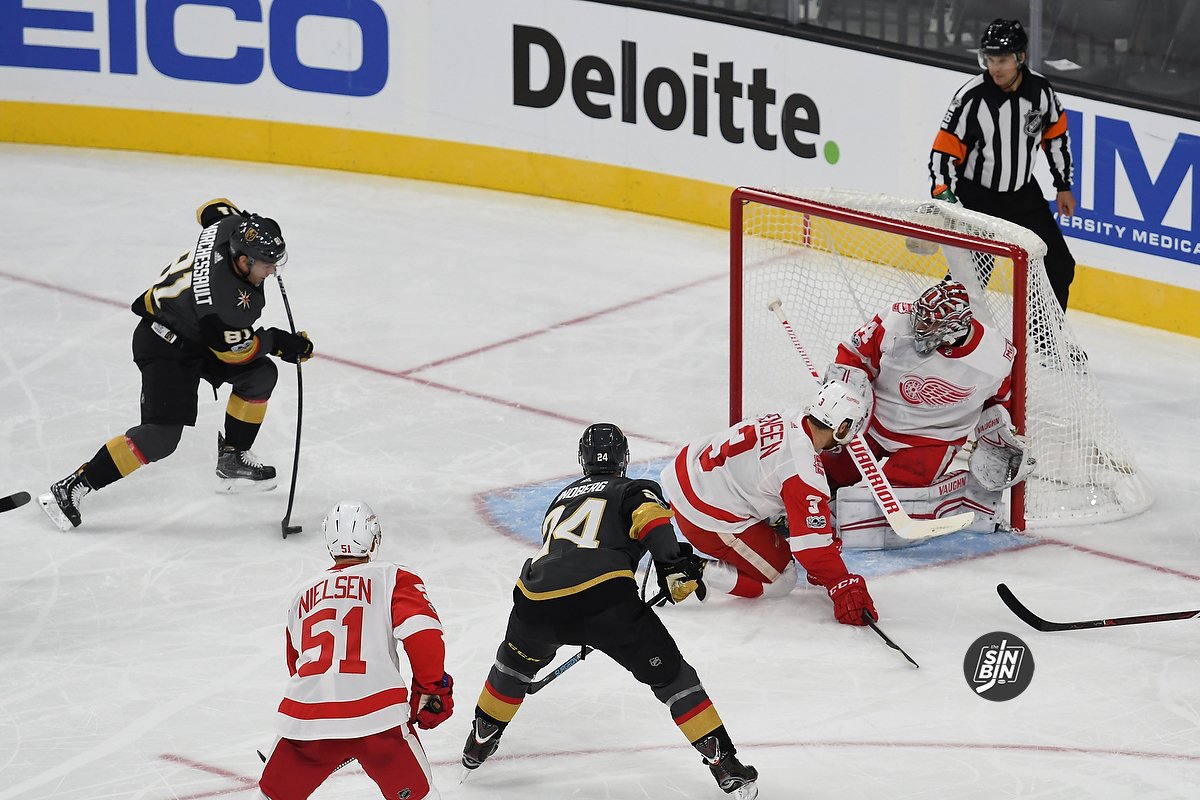 28 games into this season the Golden Knights sit with 34 points and a record of 17-11-0. They’ve scored 98 goals while allowing 86, and they’ve done it without many of their most important players in the lineup for a majority of it.

This all should sound familiar but it probably doesn’t because the last time the Golden Knights were doing something just like this, it was kind of a blur for everyone involved.

28 games in to the 2017-18 season, VGK’s first, they were 18-9-1, had scored 98 goals while allowing 88 goals and they did it without Marc-Andre Fleury and many others either yet to find their place or not even on the roster at all.

It actually goes well beyond just the record and the goals scored though. In fact, the first 28 games of this season and first 28 of Vegas’ historic first season are incredibly similar.

We all know how that season turned out and in a perfect world this season would end up just a tiny bit better than that one, three wins better to be exact.

But, it’s going to be challenging for this team to keep up the pace that team did as the season went along. In the final 54 games, the 17-18 team nearly kept their excellent goal scoring pace while decreasing the goals against by a half goal per game. They received much stronger goaltending (Fleury came back in Game 30), and saw a drastic rise in special teams, both increasing by more than 5%. Then, in the playoffs, the defense ramped up even more to offset for a drop in scoring.

Oddly enough, this team actually compares well to that team in every way except goaltending. That team was finding their identity through the first 28 games of the season while winning along the way. There was constant turmoil in both the lines and pairs as they experimented with a new group of players and coaches all working together for the first time. This led to inconsistency in the defensive end which was only accentuated by the fact they were down not just their starting goalie, but his backup, and his backup, leaning on Maxime Lagace to shoulder the load.

This year, injuries and a mega-trade has been the catalyst for the ragged start defensively. Vegas has been forced to use 48 different forward line combinations including 28 that were used for a single game (or less). They are also working in a new neutral zone system that is designed to generate more turnovers to feed the rush offensively. The goalie now though is the same guy who is expected to carry them through the rest of the regular season and on a deep playoff run.

All in all, it’s fairly astounding how similar the starts are in Year 1 and Year 5, which can really only be viewed as a great sign. Of course, the numbers show the Golden Knights are going to have to really pick it up in the defensive zone to match that team’s output, but there’s no reason to believe they can’t.

And if they do, this deadline they’ll be getting Jack Eichel, where that team got Tomas Tatar. You can probably do the math on that one.