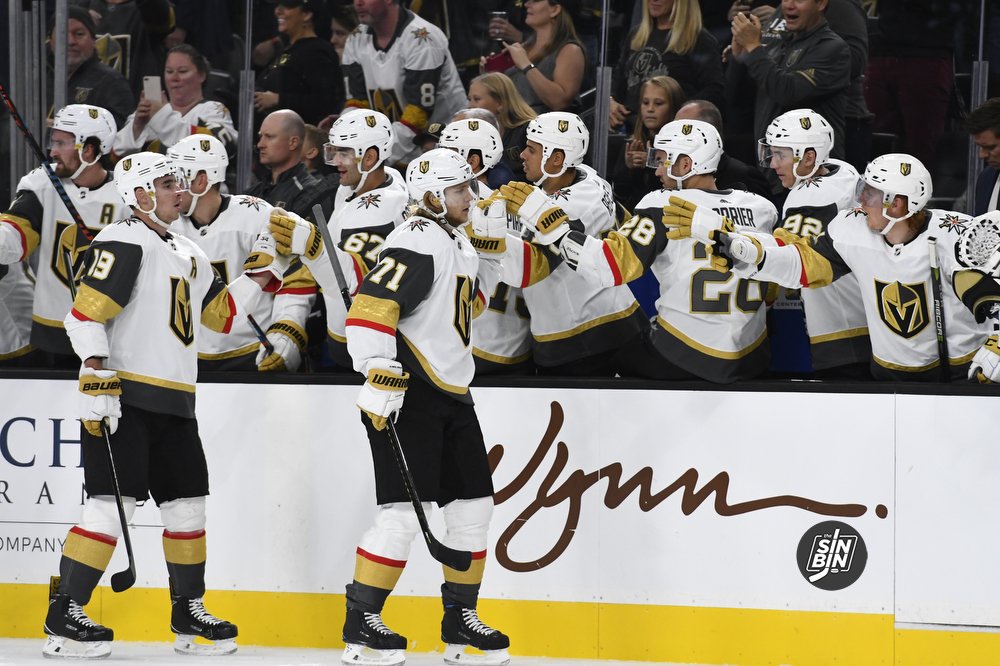 The weight of expectations is often the determining factor of success and failure in professional sports. In Year 1, the Golden Knights had absolutely no expectations and they helped ride that wave of pressure-free hockey all the way to the Cup Final. The following year, the pressure ramped up a bit as they had to prove they weren’t a fluke. They did it, but it still ended sadly. Then, last year, the expectations were at an all-time high, with something close to a Cup-or-Bust mentality. They reached the Western Conference Final, a success for most teams, but it felt like a missed opportunity because of the preseason expectations.

Now, they are all in on the Cup, and the pressure has risen not only on the team as a whole, but on plenty of individuals. New titles, big contracts, elevated roles, and high expectations will have a lot of players feeling the heat coming into the Golden Knights’ fourth season.

To illustrate the pressure on each player I’ve ranked them from 1-10 with 10 being the most pressure and 1 being the least. First, we start with the forwards. Tomorrow we’ll complete the roster with the defensemen, goalies, coach, and GM.

With a full season between Stone and Pacioretty, it would be awfully difficult for Karlsson to be the problem. As long as he holds down the fort defensively and doesn’t get destroyed in the circle he’ll have the typical strong year we’ve come to expect from him. The contract is fair as long as he’s the only truly reliable center on the team. He has almost no pressure on him at all, but he is the #1 center on a team that doesn’t really have much behind him, so there’s got to be a little. Pressure Index: 3

Assuming he’s named captain, which we expect to happen near the beginning of camp, he’ll be under the most pressure of his career this season. He has to continue performing at a near point per game pace, he needs to be on the ice for 18+ minutes a night every single night, and if the going gets tough, he’s going to be the one they look at to pull them out. Team performance is where the pressure lies on Stone. If they are good, he’s in the clear, but if they aren’t that C might as well be a bullseye for where people point to the problems. Pressure Index: 9

Max is coming off a tremendous regular season on which he led the team in scoring, but then the injury bug hit and he disappeared at the biggest time in the playoffs. The pressure on him is simply to score. He needs to get to 30 goals (or the equivalent if the season is shortened), otherwise that $7 million cap hit is going to look like a major burden on a contending team. Pressure Index: 8

It’s not really, because he’s just 21-years-old, but it really feels like it’s now-or-never for Glass. The Golden Knights have moved out two useable centers in Paul Stastny and Erik Haula over the past two years and replaced them with virtually nothing leaving the job wide open for Glass. He’s going to get his chance. He has to stay healthy and he has to look like a bonafide #2 center in the NHL. If he doesn’t, he’ll fly down the depth chart, likely end up back on the wing, and will certainly look like a bust if Stephenson and Roy are clearly outperforming him. Pressure Index: 8

Smith has been one of the most reliable players on the Golden Knights since they began play back in October of 2017. With two years left on his deal, he’s not really playing for a contract yet. Once the C goes on Stone’s chest, Smith’s role as a leader will decrease. Unless he’s absolutely atrocious, he’s got nothing to worry about this year. However, Smith is a motivated guy, and being named as an “untouchable” has to motivate him to stay there moving forward. Pressure Index: 3

When Marchessault signed his contract in January of 2018 he was the offensive heartbeat of the Golden Knights. Since, his role and importance has diminished year over year as the Golden Knights have brought in bigger named stars. However, with the $5 million contract, he has to make sure he’s not viewed as expendable, especially now that the guy standing behind the bench isn’t his biggest cheerleader anymore. He wanted stability when he signed in Vegas, and he thought he got it, but if he doesn’t score close to 30, he’s going to be high on the trade candidate list as he was this offseason. He doesn’t want to move and the only way he can guarantee that is to score, a lot. Pressure Index: 8

For the first time in his career he’s finally cashed in, plus he’s also headed for a season with the most responsibility he’s ever had. He’s the next most reliable center behind Karlsson on a team expected to run away with the Pacific Division and contend for the Cup. That’s a majorly different burden than he’s ever had considering he started last year on the 4th line in Washington and was basically fighting just for a roster spot. He absolutely has to be the guy he’s been for the Golden Knights, not who he was in Washington, otherwise, this team could be in for some trouble. That’s a lot to ask for a guy who’s never done it. Pressure Index: 7

There’s certainly a level of pressure on Tuch to perform at least up to what he has in the past, but there’s also some pressure to take it to the next level and reach the potential most believe he has. It starts with health. If he’s healthy, he has very little to worry about, because when he’s on the ice, he’s never been anything less than what’s expected out of a 3rd line winger. But, there definitely feels like there’s some personal pressure to take the next step this season and be the “X-Factor” he’s supposed to be on a Cup contending team. Pressure Index: 4

It’s all about opportunity for Roy this season. Opportunity certainly comes with a bit of pressure as to not let it slip by, but the team’s season doesn’t rest in his hands like it might for the two centers above him. He’s coming off a year where he was the NHL/AHL yo-yo and that shouldn’t be the case this year. If he plays at his best, he might end up as a #2 center on a Cup contender. If he doesn’t, he’s still a bonafide NHLer. He’s basically playing with house money, but anyone who’s ever had large amounts of house money knows, that can still be nervewracking. Pressure Index: 2

His year of opportunity came two years ago, and he wasn’t able to quite grasp it like many hoped. Instead, he’s now a classic reliable 4th line center that is about as safe an option as there is in the NHL for that role. Even though it’s a contract year, he’s in a pretty safe place for the present and future. Pressure Index: 2

No longer the most overpaid player on the team based on performance, the pressure is completely off the big 4th line enforcer. Everyone knows exactly what he’s going to bring, he has term on his contract, and he’s well aware that doing exactly what he’s always done will keep him in the good graces of just about everyone. He probably has more to worry about running a beer company during a pandemic than he does on the ice. Pressure Index: 0

Similar to Reaves, Carrier just has to be himself. Last season he proved he has the ability to stay healthy, which is something he needs to continue to do, but as long as he’s out there, he really can’t go wrong the way he plays. The only difference between he and Reaves is that he was handed a four-year deal, so maybe there’s a tiny bit of pressure to make the organization feel like it was worth it. Pressure Index: 1

For the rest of the roster, including the head coach and front office, check out the second part of this article.