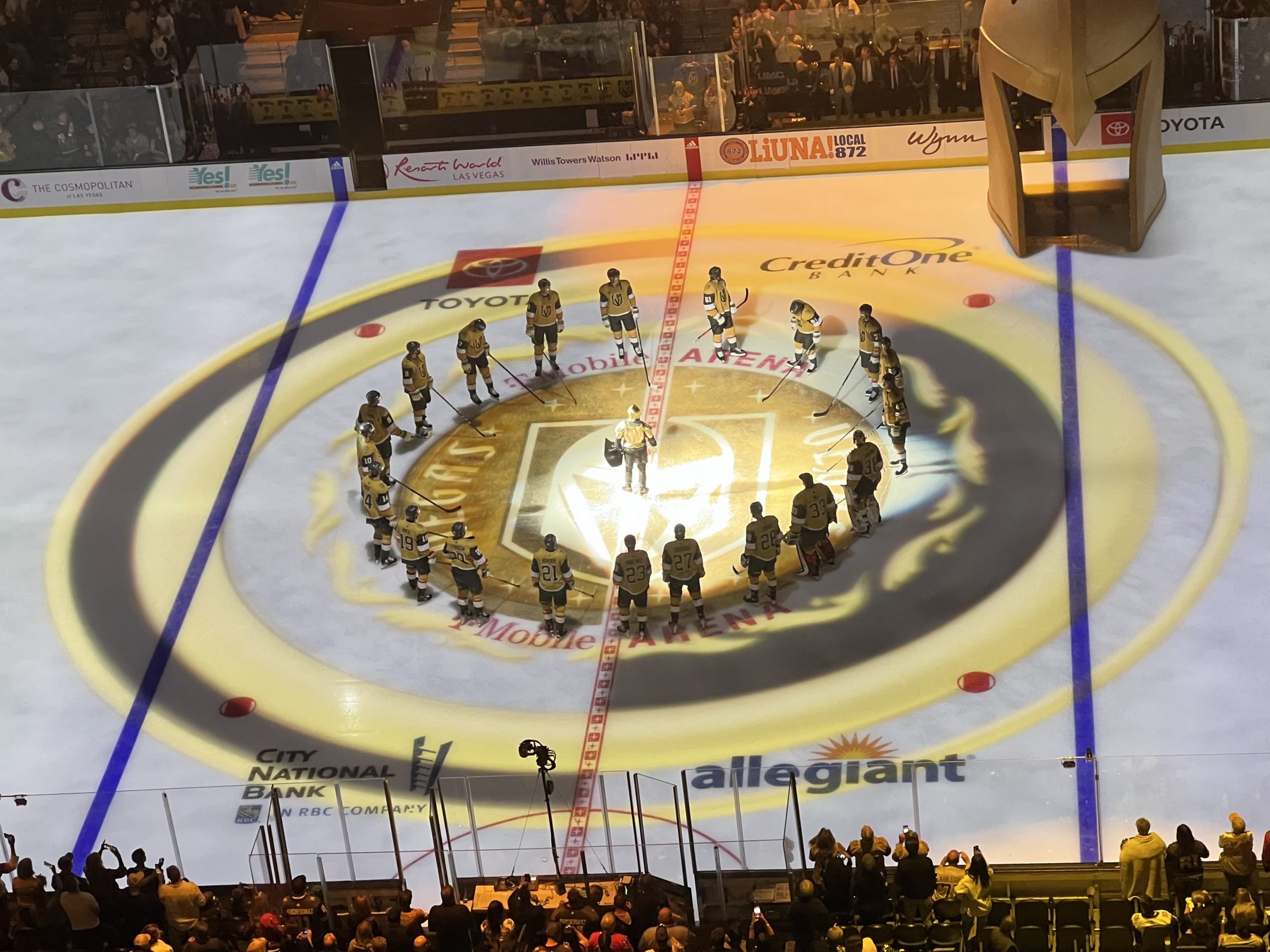 During his time in Boston, Bruce Cassidy would often say he breaks the season down into 10-game segments. After each group of 10 games, he takes a step back to evaluate what he’s seeing and what he believes may need to change.

This year, we’re going to do something similar by grading each 10-game segment and then tracking a running “GPA” to keep tabs on how the Golden Knights are playing in each area of the game.

Vegas finished the first segment of the season with an excellent record of 8-2-0. They’re outscoring opponents 32-17 and have trailed for just 85:30 of the 600 minutes they’ve played. The Golden Knights have scored first in seven of the 10 games and have held a multi-goal lead in five of them.

All in all, it’s been pretty darn good across the board. So, get ready for some strong grades.

32 goals in 10 games will absolutely work for the style of play Bruce Cassidy is deploying with the Golden Knights. They’ve scored in a variety of ways and have gotten goals from 14 different players and points from 19.

The new top-six including the super line with Jack Eichel and Mark Stone has been extremely effective and the Misfit Line picked up where they left off. The bottom-six has held its own to this point chipping in enough offensively.

The blue line has not been a source of goal-scoring to this point but they are definitely making an impact in chance generation. Shea Theodore and Alex Pietrangelo have seven and six points respectively and the rest of the blue line have all chipped in at least one helper.

The Golden Knights do have plenty of room for improvement here though. They currently rank just 14th in the league in even-strength goals per game. The main reason for this is ineffective finishing. VGK are at or near the top of the league in every important chance generation measurement but haven’t seen it pay off. They have the 22nd-ranked shooting percentage overall and the 31st on high-danger chances. Despite this, they have a PDO at nearly 1.03 indicating they’ve actually been fortunate in regards to shooting percentage vs. save percentage. It hasn’t been a problem to this point, but there have been some glimpses of it so it’s definitely something to keep an eye on moving forward.

The switch back to the 1-2-2 neutral zone setup has worked wonders early for the Golden Knights. They are consistently challenging entries that has forced opponents to dump the puck in a lot more than they would like. Plus, VGK’s length has created problems for many teams leading to turnovers and transition chances.

With the puck, the Golden Knights have had patches of poor puck management through the neutral zone, but over the greater 10-game sample, they’ve been excellent. They’ve been willing to take what is given to them and stay patient in transporting the puck through the center of the ice which has kept them from having to defend more than a handful of odd-man rushes.

As good as the Golden Knights have been defensively, the neutral zone is where they’ve won most games. In the 10 games, there’s only one (at CGY) in which they were not the better team in the center zone. If they keep that up, 16 points in 10 games is not going to be an uncommon sight this year.

This was the area where Cassidy’s arrival brought the biggest change. From a puck-hounding defensive system to a more passive zone defense style, the Golden Knights were expected to go through some growing pains as they adapted. Sure, it’s been troublesome at different times, but they look much closer to a masterpiece than a work in progress.

The system to designed to keep the puck away from the center of the ice while allowing shots from the outside. Well, 10 games in, no team has allowed more low-danger shots per game and only two have allowed fewer high-danger shots.

One area that was expected to be a sore spot has continued to be a bit of one though. The Golden Knights have never been elite at winning to loose pucks in front of their own goal and it’s been a bit of a problem so far. Most of the goals they’ve allowed have come on second-chance rebounds, often in situations where the Golden Knights outnumber their opponents. No team has allowed fewer goals per game though, so while there’s room for improvement, it’s been far from a fatal flaw to this point.

The biggest question mark on the team coming into the season has passed the first set of tests. Logan Thompson and Adin Hill have split the action 60/40 and both have done exactly what has been asked of them, if not a bit more. The tandem currently lead the NHL in save percentage and they’ve posted two shutouts and two one-goal games.

As I wrote about yesterday though, a lot of the credit for their play has to go to the skaters in front of them. No goalie tandem has had an easier workload than the Golden Knights’ duo and the numbers actually indicate that they’ve been below average on the more challenging shots.

As long as the previous two grades remain A’s, the goaltending has proven they are capable enough to hold down the fort. However, as the team faces more dangerous opponents and as the league starts to sharper up offensively, the goalies could be asked to do much more. There’s no way they can get anything but an A because they’ve done the job, but there’s a strong chance this 10-game segment was the easiest test of the year for the goalies, so we’ll see how they hold up moving forward.

This is basically the only sore spot for the Golden Knights through 10 games and it’s really not even that sore. They currently sit below the league average in both penalty kill and power play but neither is lagging terribly behind as each has at times in the past.

The power play has struck on six of 32 attempts which is good for an 18.75% success rate. They’ve mostly scored on chances in tight though, often either on loose pucks or rebounds. While there does appear to be a bit more diversity in the way it is operating, for the most part, the success has not shone through. The pretty plays we often see from other power plays have yet to show up in Vegas, though Mark Stone’s arrival to the bumper has given glimpses. Entries have been just okay to this point as well. It’s all fine, but it’s definitely not a strength of the team.

On the flip side, the penalty kill has been asked to do a lot and they’ve basically done it at a satisfactory rate. The two losses both included allowing multiple power play goals against while many of the wins have been bolstered by crucial kills. 78.26% isn’t good enough if the Golden Knights are going to be handing hard minutes to their best players. If the group of penalty killers was a collection of bottom-six forwards, lightening the workload on the Stones, Karlssons, and Smiths of the world, it would be better, but it’s not, even though the coach has said he wants it to be.

Right now, special teams have stayed out of the spotlight because of the success in all other areas, but if anything else dips, scrutiny will come this way quickly.

Goalies Have Been Great, Defense Has Been Even Better